I updated this blog post from long ago to include a new video and some photos.
Tommy McLintic of South Africa first showed me this very effective background. He is also author of the "Let's Make a Gadget" postings on this blog.
This method might look very laborious and tedious, but a surprisingly large area can be covered without too much effort if you enjoy the craft and want something special. I use it mainly for small projects. 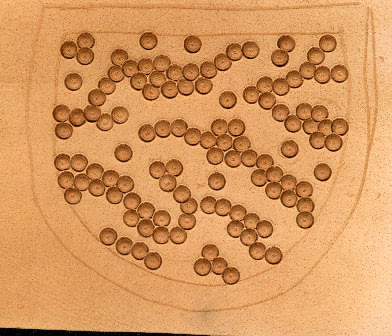 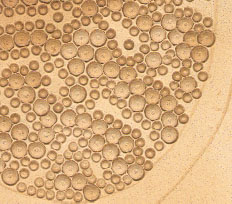 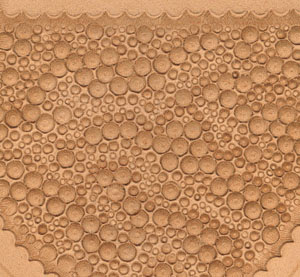 If you want to, you can take the largest seeder again and just 'redo' one or two of the larger dots that have lost its shape. 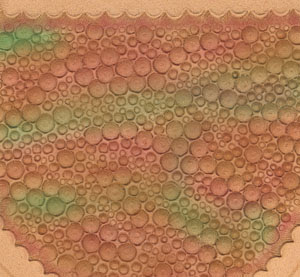 I recently did a Facebook Live video to show this technique.   That means that it is quite long winded (I did edit some spots out), so if you want to you can skip ahead. I tried to keep most of my talking in the video to preserve most of the tips I was passing along - forgive the many "Hhhmmmm ...... Eeeehhh" in the video when my mind is on the action of my hands and not of what I am talking about:
Here are some examples where I have used this on projects.  First my wife's handbag: 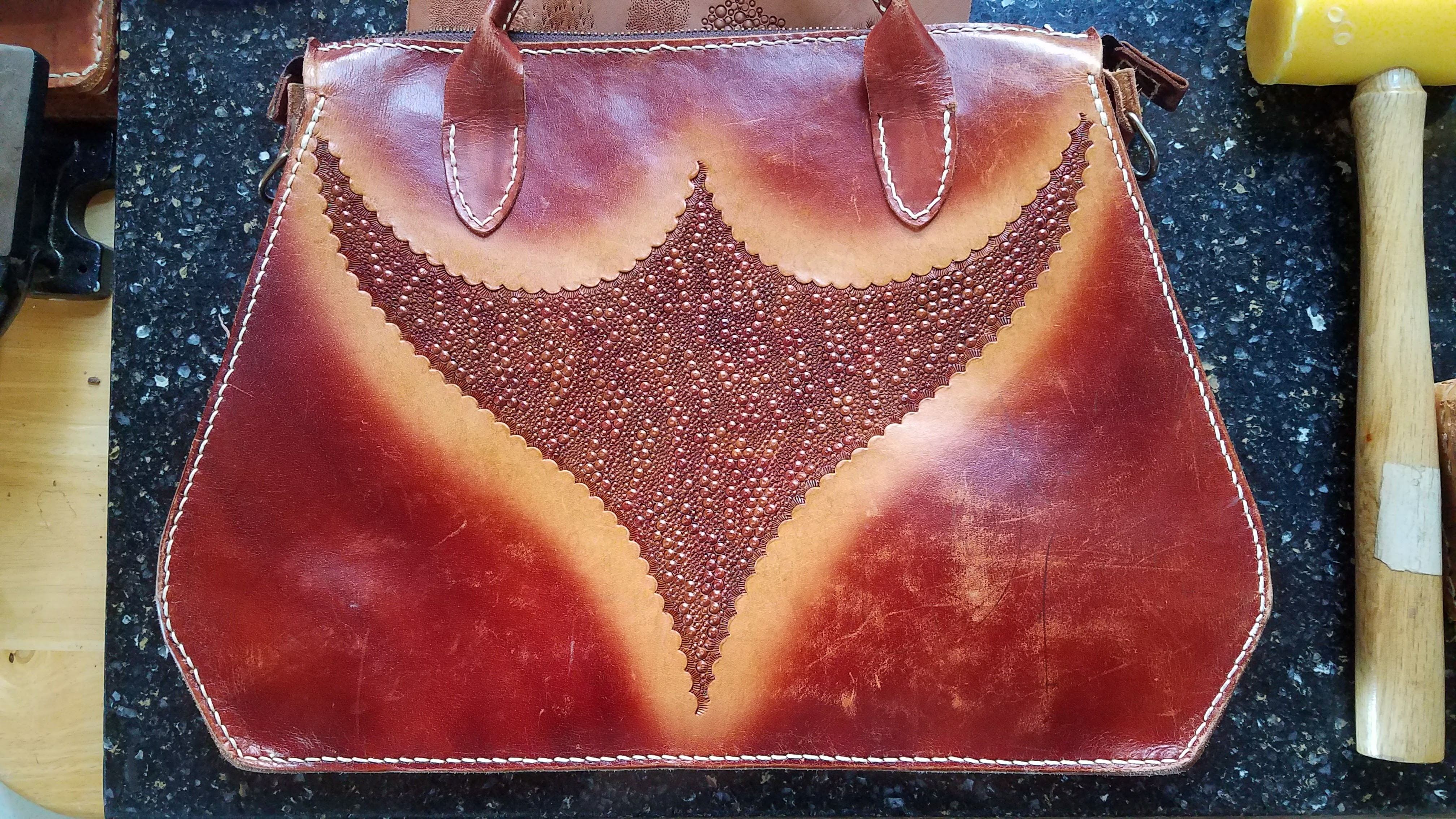 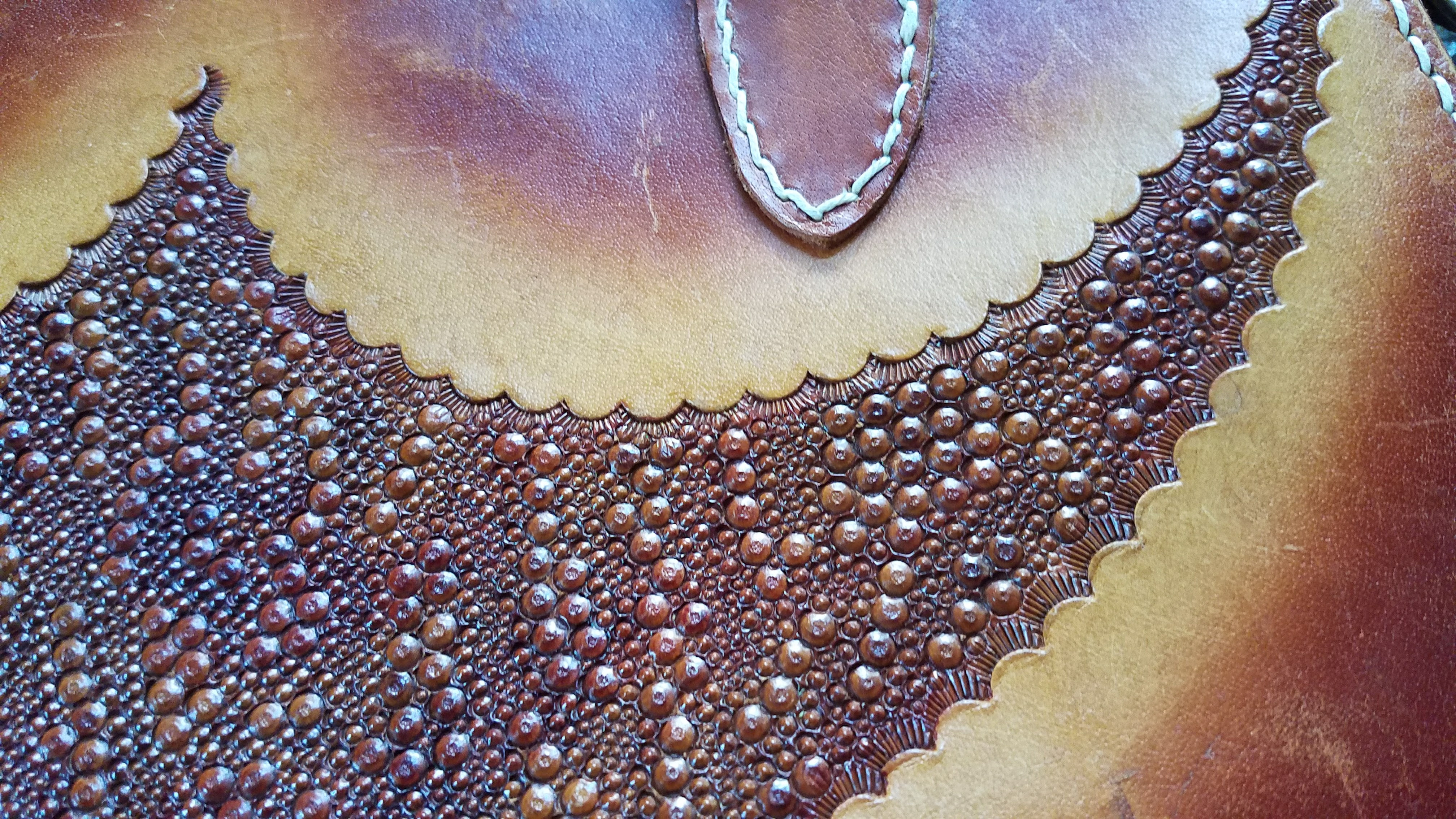 The rest of the bag was airbrushed - you can see it was spirit based dye - it did not penetrate all that well.   Now, after more than twenty years,  it looks antique, but I would have liked it to be more solid in color.  Waterbased dye penetrate better when used in an airbrush. 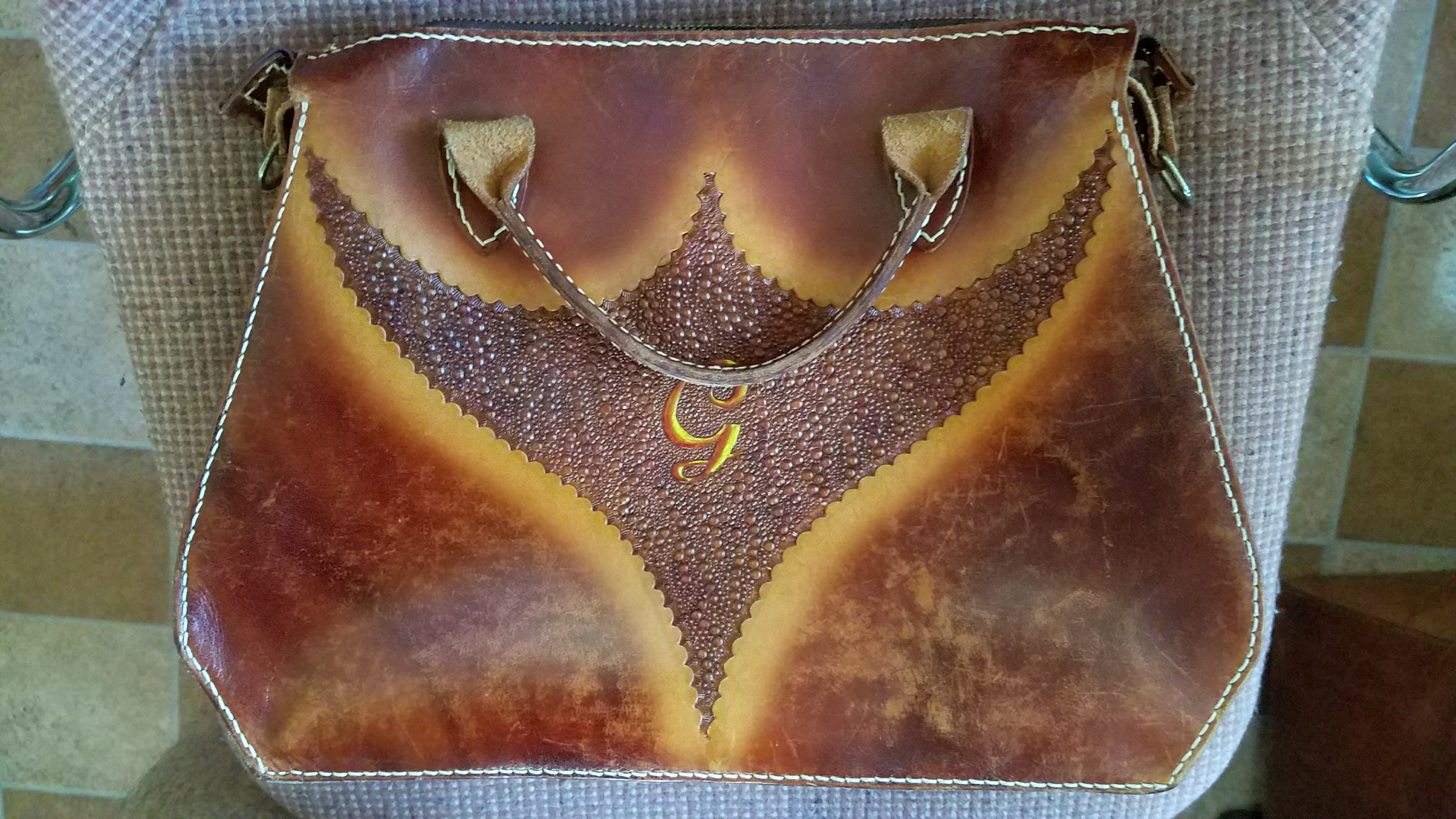 A very simple example of the frog skin pattern being used for a covered buckle: 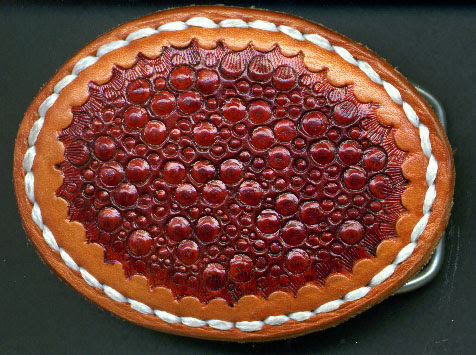 This is a bag I made about ten years ago and I use it to carry tools and what-not to leather shows and guild meetings.  It also shows some other arrangements of the seeder tools: 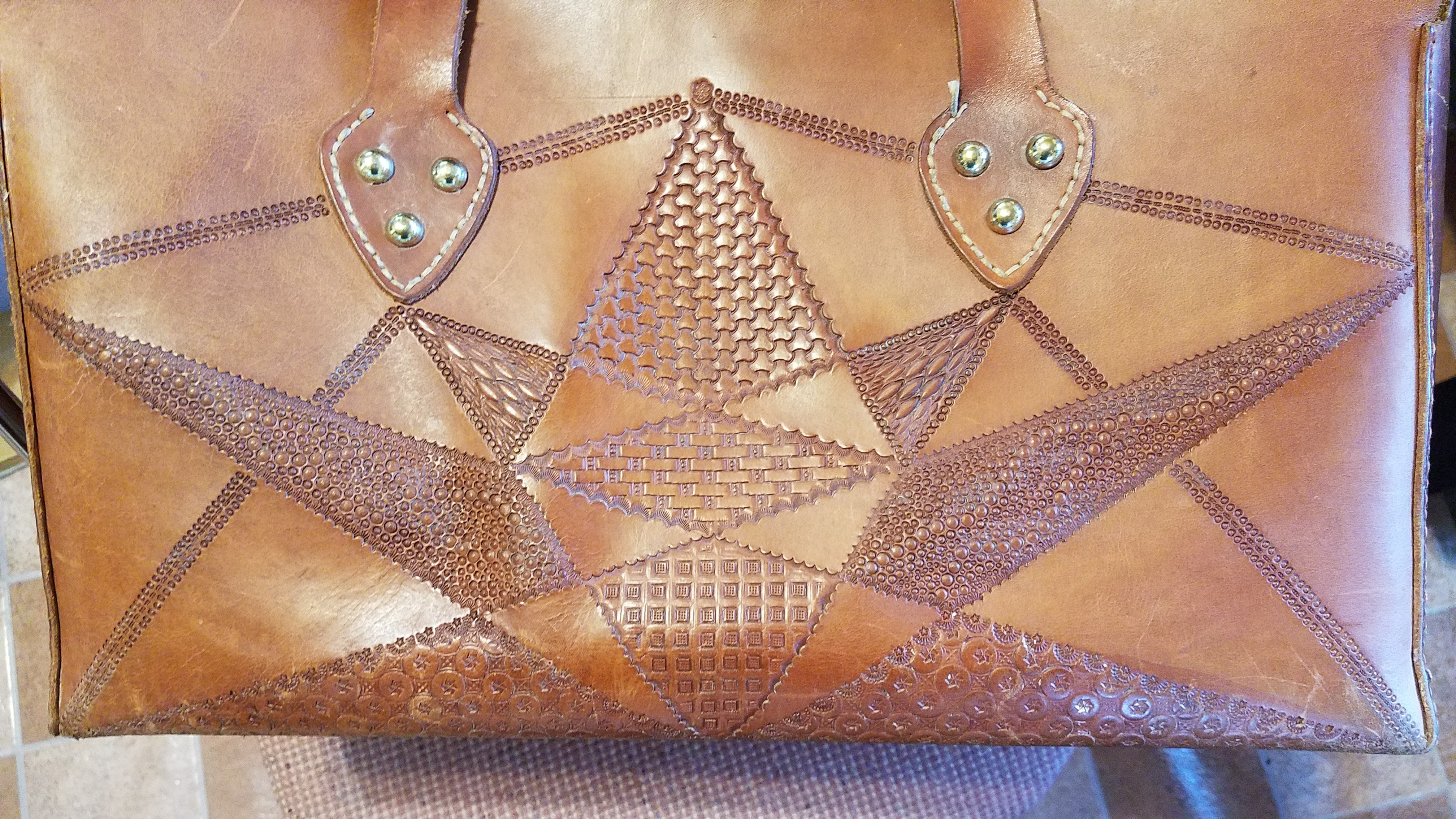 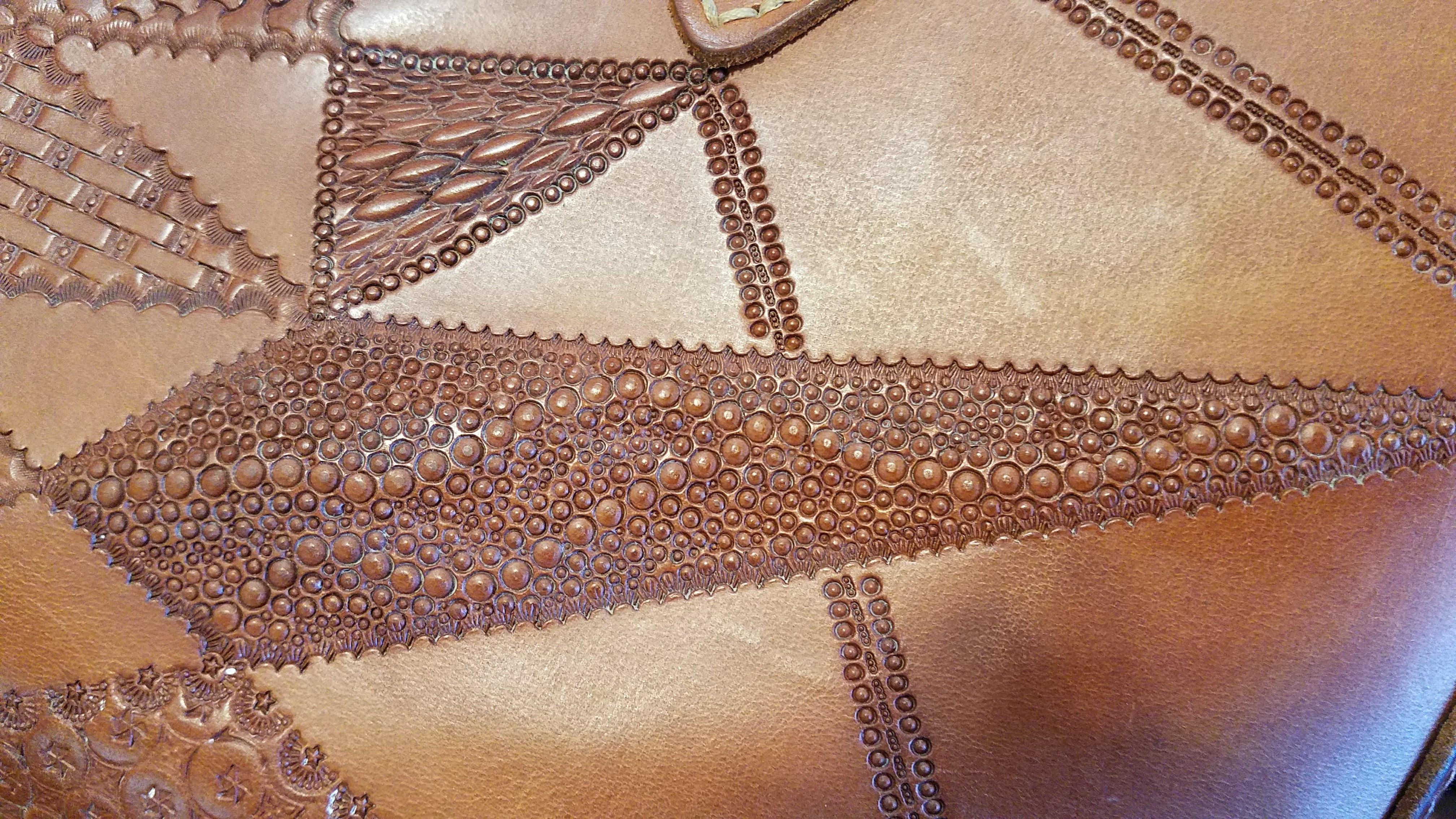 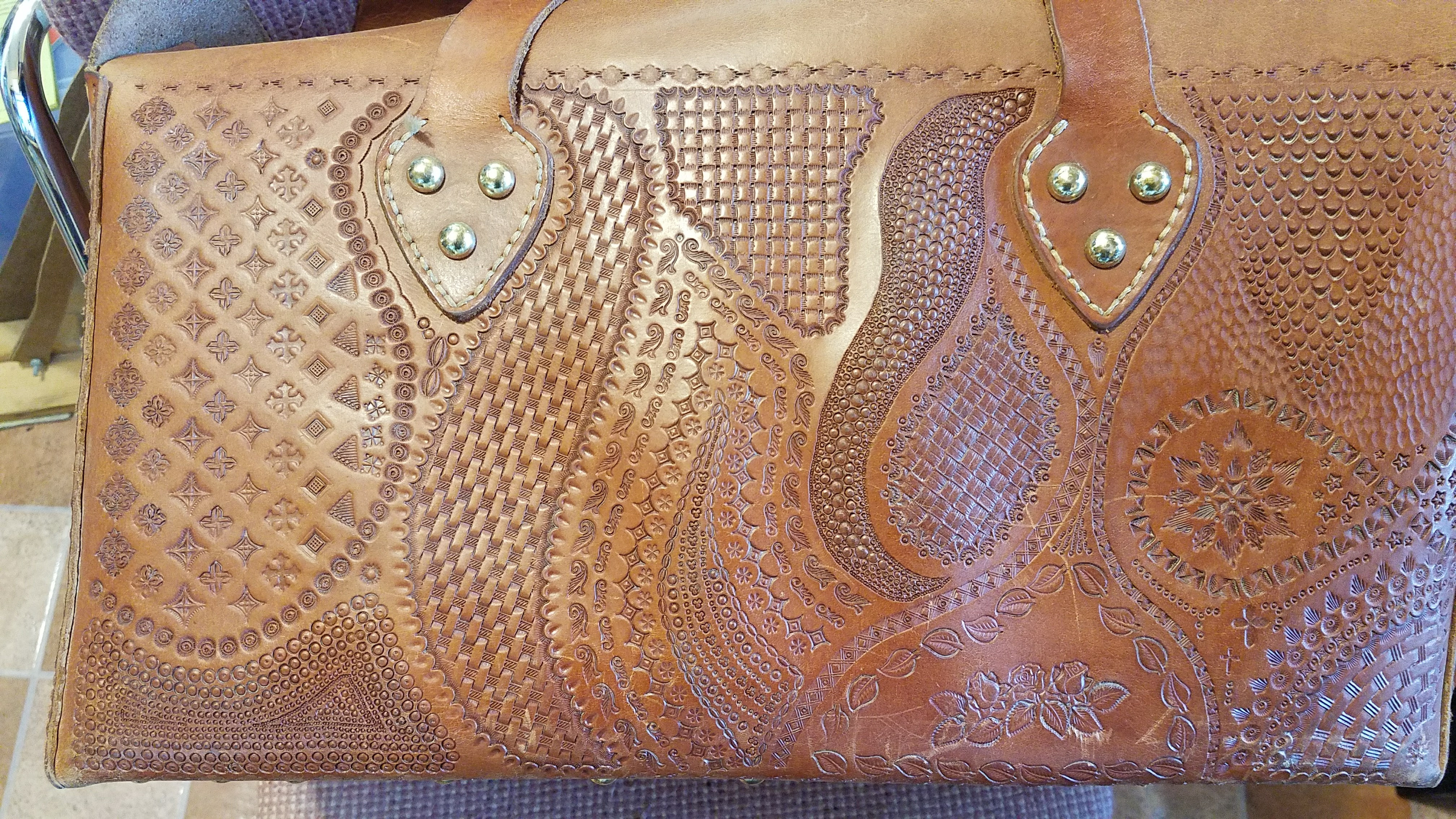 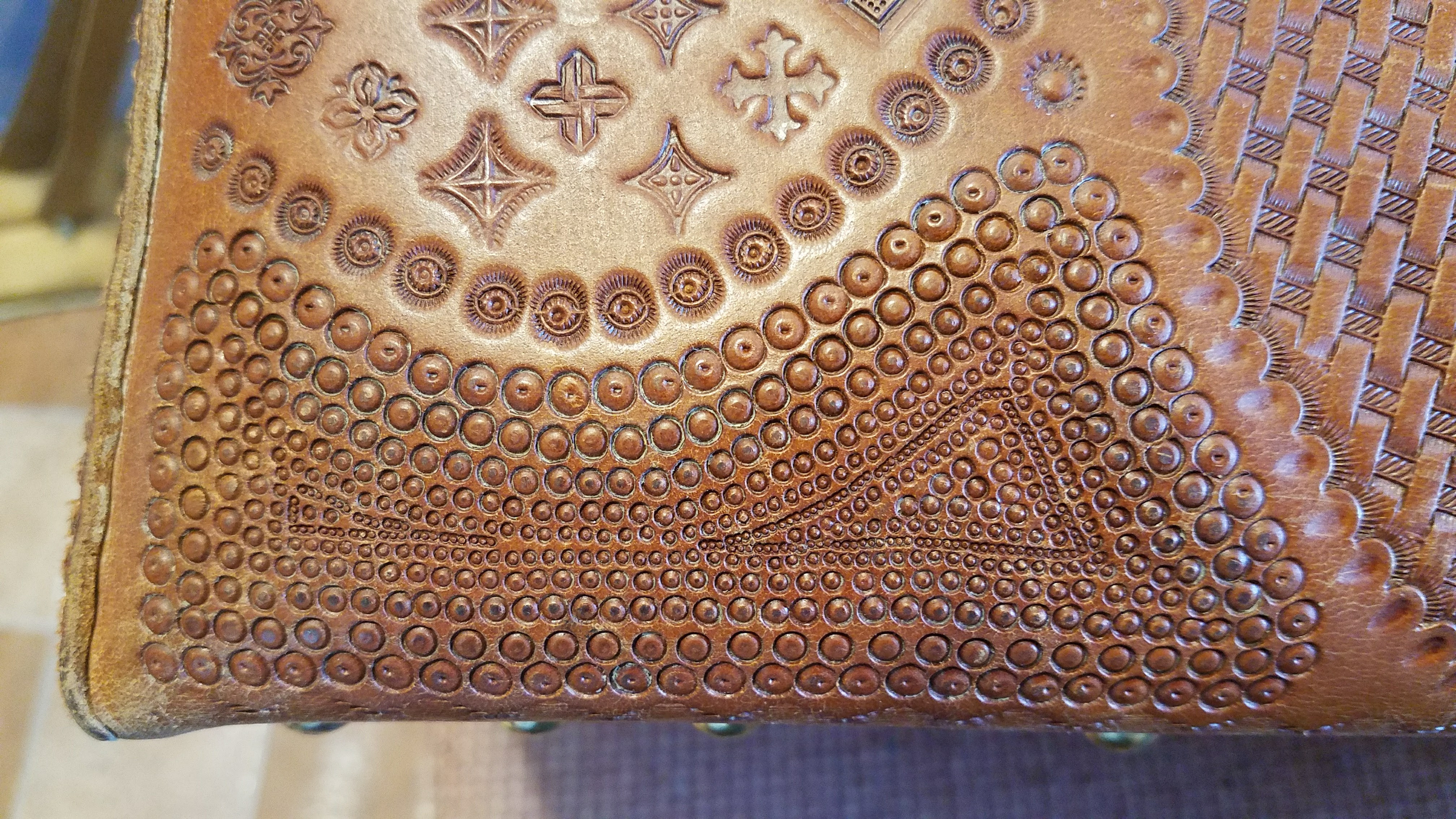 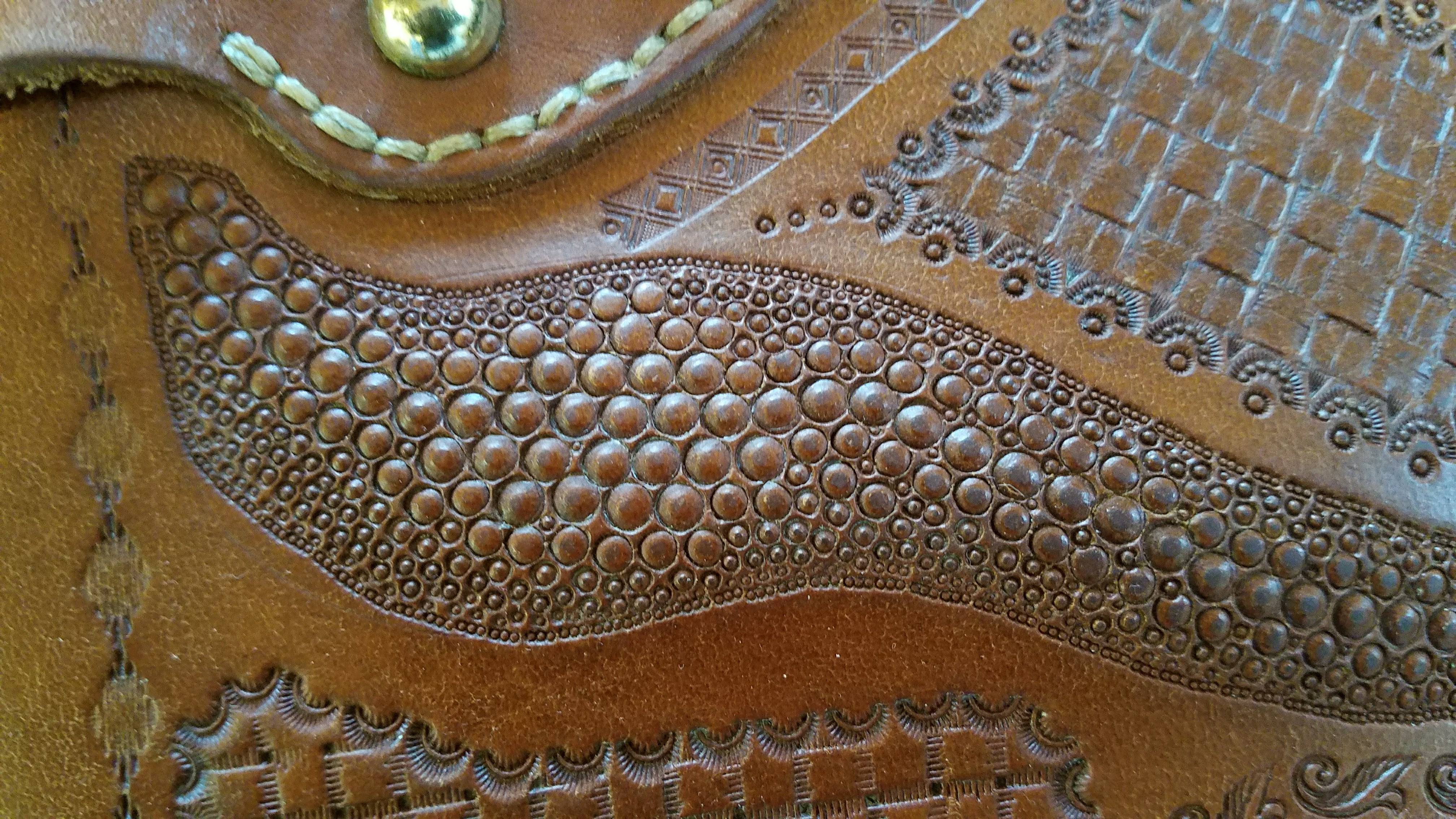 Here is a video that shows some ideas about backgrounds: